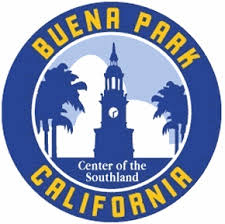 On January 12, 2016, by a unanimous vote, the City Council approved a new Council district map. The new districts will be used for Council elections starting with the November 2016 election.

January 12, 2016 UPDATE: The information below is preserved for archive purposes. The districting process is now complete.

Draw the future for Buena Park

Beginning with the November 2016 election, Buena Park will elect members of the City Council from individual districts, instead of by citywide vote. The Mayor will be elected citywide.

The City Council is asking for your help with this transition. You can draw a full citywide map of proposed districts; propose only one district around your neighborhood; or just share your thoughts on which proposed plan you think the Council should approve.

Click on the links at the top of the page to learn about:

- How to get involved

- When and where meetings are scheduled

- How to draw and submit your own map proposal

(As of August 27th, eleven proposed plans have already been received!)